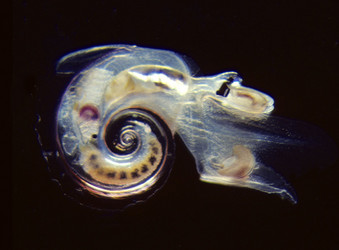 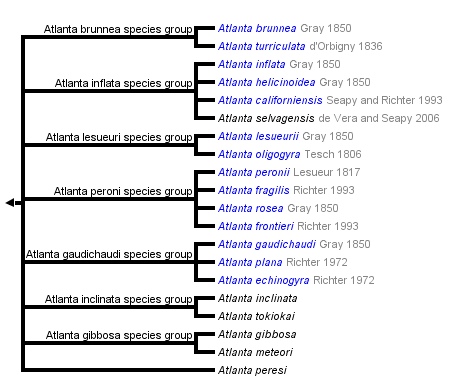 Atlanta is the type genus of the Atlantidae, containing all but two of the species in the family (the other two genera, Protatlanta and Oxygyrus, are monospecific). The shell and keel are calcareous (composed of aragonite). The larval shell is retained following metamorphosis, becoming the spire in the adult shell. All species but one, A. californiensis in the temperate North Pacific, dwell in tropical to subtropical waters. The geographic distribution of most species (10) are cosmopolitan, being found in all three main oceans. Among the remaining species, four are Indo-Pacific, two are restricted to the Indian Ocean, one to the Atlantic, two to the Atlantic and Indian Oceans, and two to the Pacific Ocean.