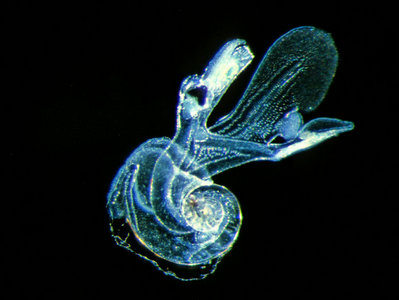 Atlanta californiensis is a small species with a transparent, flattened shell (diameter to 3.5 mm), with a orange to red-brown keel base. The shell spire is low and globular in shape, consisting of 3-1/4 whorls and clear to violet and purple sutures. Internal walls of spire partially decalcified, which allies A. californiensis most closely with A. inflata. Morphology of the eye is type a, and that of the operculum type c.  The geographical distribution of the species is unusual among atlantids; it is limited to the Transition Zone faunal province of the North Pacific Ocean.

A species of Atlanta, belonging to the Atlanta inflata species group, with the following characteristics: 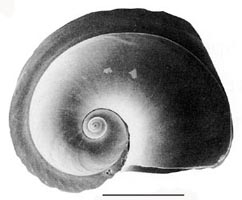 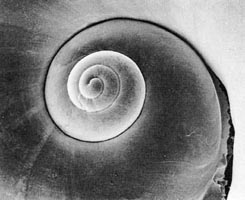 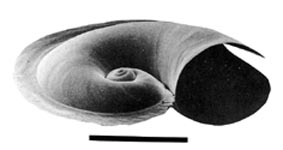 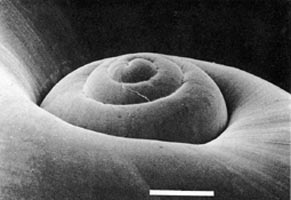 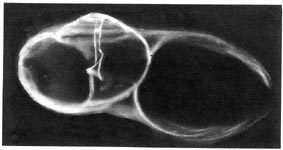 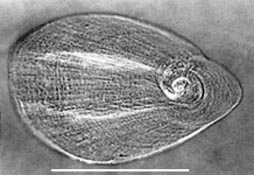 Morphological features of the body (with type a eye and type c operculum) and shell interior (i.e., with partial decalcification of the inner walls of the shell spire and replacement by a thin, flexible chitinous membrane) ally Atlanta californiensis most closely with A. inflata. The external shell morphologies of the two species, however, are quite different. The shell of A. californiensis is laterally flattened, with a spire consisting of 3-1/4 whorls and having a smooth surface (similar to the shells of A. gaudichaudi and A. peroni), while that of A. inflata is laterally "inflated" (about 40% of the shell diameter) and has a spire of 4-1/2 whorls, usually bearing evenly-spaced, raised spiral ridges. Also, the radulae of the two species differ; they are broader and consist of fewer tooth rows in A. californiensis than in A. inflata (see Seapy and Richter, 1993).

The vertical distribution of Atlanta californiensis during daytime hours was studied based on specimens collected  using opening-closing BONGO plankton net samples in waters overlying San Pedro Basin, southern California (Seapy and Richter, 1993). The daytime vertical range extends from the surface to about 150 m (the depth range of the epipelagic zone in nearshore basins off southern California). Comparable discreet depth interval samples were not collected at night, so it is not known if this species undergoes nocturnal vertical migration. Such a migration probably does occur, however, since a number of other species of atlantids whose ranges extend throughout the 400-m deep epipelagic zone in Hawaiian waters were shown to be vertical migrators (Seapy, 1990).

Replicated, monthly oblique samples through the epipelagic zone in San Pedro Basin (Cummings and Seapy, 2003) showed that A. californiensis occurs in low abundance (less than 25 individuals per 1,000 m3) throughout the year except in the summer (to 88 per 1,000 m3). The seasonal maxima are correlated with the period of the year when California Current flow is strongest and shoreward transport of animals from offshore waters would be predicted. 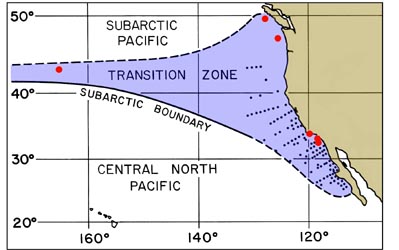 Figure. Location of the Transition Zone faunal province (shaded violet) and records (red dots) of Atlanta californiensis. The black dots are station records for Atlanta sp.of McGowan (1967), many of which, particularly those north of about 34° latitude, are probably A. californiensis. The Transition Zone province is separated from the Central North Pacific province by the Subarctic Boundary and its southeasterly extension to Baja California; it merges more broadly with the Subarctic Pacific province to the north. Drawing modified from Seapy and Richter (1993).

Page: Tree of Life Atlanta californiensis Seapy and Richter 1993. Authored by Roger R. Seapy. The TEXT of this page is licensed under the Creative Commons Attribution License - Version 3.0. Note that images and other media featured on this page are each governed by their own license, and they may or may not be available for reuse. Click on an image or a media link to access the media data window, which provides the relevant licensing information. For the general terms and conditions of ToL material reuse and redistribution, please see the Tree of Life Copyright Policies.