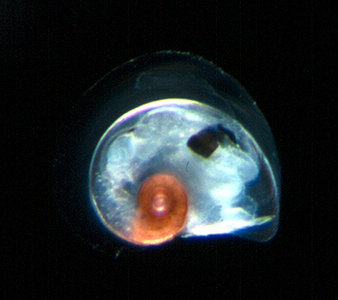 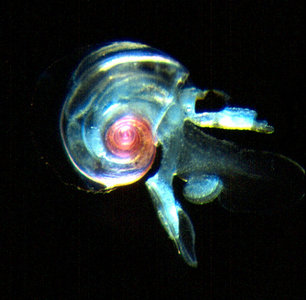 Atlanta turriculata is a small species, with a maximal shell diameter of about 1.8 mm. The keel is tall and transparent, inserting between the last and penultimate whorls in animals larger than 1.3 mm. The spire (protoconch) consists of 4-1/4 whorls, with the first three whorls strongly elevated laterally and forming a "turret". A prominent spiral ridge extends outward from the middle of the spire whorls, beginning on the second whorl. Shell transparent; spire tissues are light brown to reddish brown. Eyes type a, operculum type a, and radula type I. Geographic distribution limted to the Pacific and Indian Oceans in tropical to subtropical waters. Vertical range in Hawaiian waters in the upper half of the epipelagic zone (0-200 m) during the day, with migration into the upper 100 m at night.

Atlanta turriculata is an Indo-Pacific species. It has previously been reported from the Atlantic Ocean, but these records probably represent aberrant forms (with tall spires) of the closely-related species, A. fusca (discussed by Richter and Seapy, 1999). A. turriculata  occurs in tropical to subtropical waters. In Hawaiian waters it was recorded between the surface and 200 m (the upper half of the 400-m deep epipelagic zone) during the day and to a maximal depth of 90 m at night, with most individuals in the upper 45 m (Seapy, 1990b). These data support an hypothesis of nocturnal vertical migration. Based on nighttime abundance data from three stations at increasing distances off leeward Oahu, A. turriculata decreases in population size from offshore (15 nmi) to inshore (1 nmi) waters (Seapy, 2008).

Tokioka, T. The structure of the operculum of the species of Atlantidae (Gastropoda: Heteropoda) as a taxonomic criterion, with records of some pelagic mollusks in the North Pacific. Publications of Seto Marine Biological Laboratory 9: 267-332.

Page: Tree of Life Atlanta turriculata d'Orbigny 1836. Authored by Roger R. Seapy. The TEXT of this page is licensed under the Creative Commons Attribution License - Version 3.0. Note that images and other media featured on this page are each governed by their own license, and they may or may not be available for reuse. Click on an image or a media link to access the media data window, which provides the relevant licensing information. For the general terms and conditions of ToL material reuse and redistribution, please see the Tree of Life Copyright Policies.