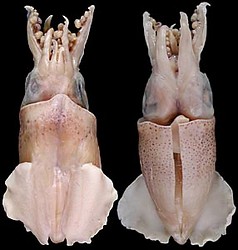 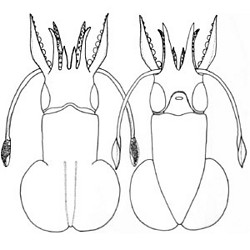 Australiteuthis aldrichi was described from numerous specimens collected from the inshore waters of Northern Australia. This is a dwarf species, the largest squid described was a mature female of 27.6 mm ML. The holotype is a mature male of 21.3 mm ML. The small squid has never been observed alive.