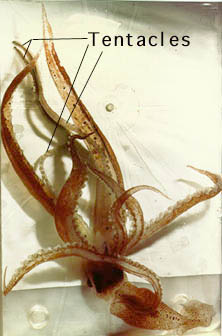 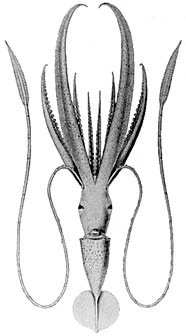 Paralarval stages are typical for the family. The late doratopsis paralarval stage attains a length of at least 60 mm ML (Berry, 1963). Paralarval behavior has been described by Vecchione, et. al., 1992. They suspect that the peculiar paralarval tail is used to mimic an unpalatable siphonophore and thereby gain protection from predators.

The evidence for this idea can be seen in this MBARI video. 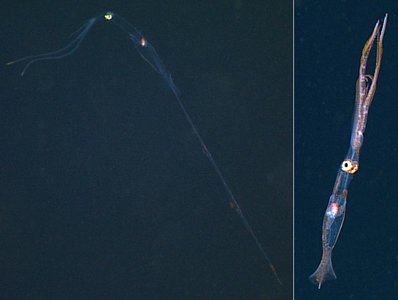 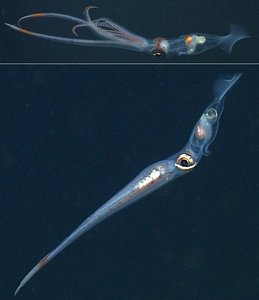 More images of C. calyx paralarvae can be seen here.