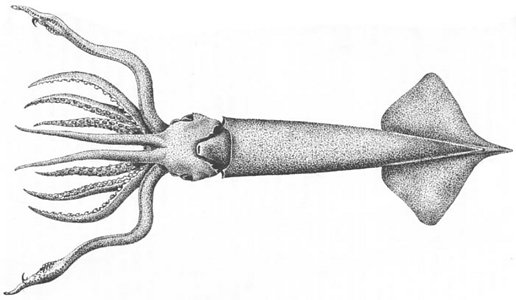 The above description, except for the photograph, is from Kristensen (1981). More details of the description can be found here.

All of the above features are useful in separating G. steenstrupi from G. fabricii. However, the lack of head chromatophores and the presence of usually 4 hooks proximal to the large central hook of the club are the easiest to identify.

Paralarvae of G. steenstrupi are most easily separated from the partially sympatric species, G. fabricii by the absence of two large photophores on the ventral surface of the head that distinguish the adults as well.  The number of suckers on arms I-IV is useful at sizes greater than 13 mm ML as is the form of the funnel organ in all but smallest paralarvae. The paralarval stage appears to end at about 20 mm ML which corresponds with hook development and movement into deeper water (Falcon, et al., 2000). 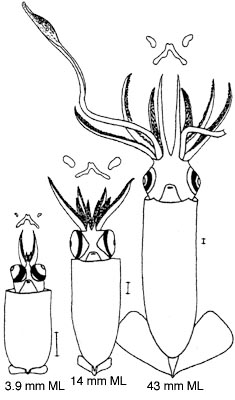 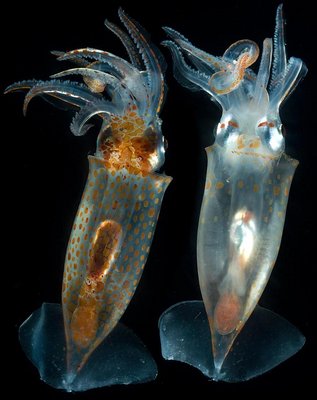 Type locality: "east of Rock All, Northeast Atlantic". This is presumably Rockall trough so the locality would be in the vicinity of 57°N, 12°W 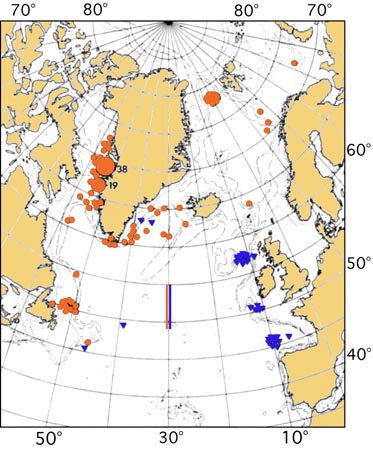