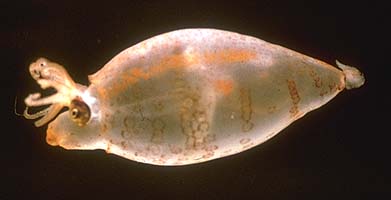 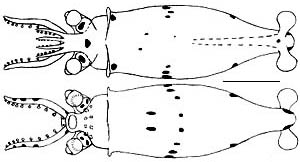 With increased age and depth of occurrance, some species, at least, become bright red in color. 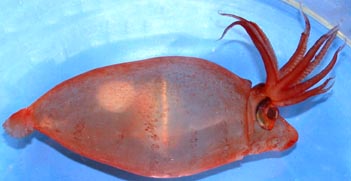 The distribution of Helicocranchia pfefferi from Hawaiian waters is shown on the right. There is a clear pattern of ontogenetic descent with squid occurring in progressively deeper water as they get larger. Diel vertical migration does not seem to occur in this species. The dominance of nighttime captures for young stages is a result of the low sampling effort in shallow depths during the daytime and doesn't indicate the daytime absence of small squid at these depths.