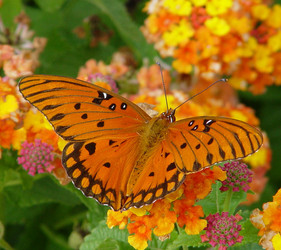 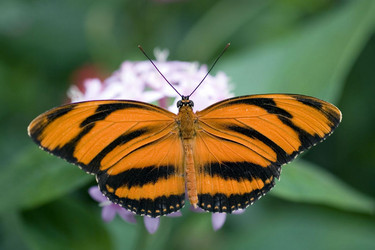 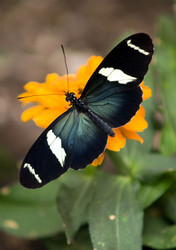 Agraulis, Dione, Podotricha, Dryadula, and Dryas, termed the “basal” genera by Brown (1981), have the wing venation of the discal cell of the hind wing open (this diagnostic feature is a symplesiomorphy, and the "group" is paraphyletic). These ‘open cell’ heliconiines are are relatively palatable, and so generally fast flying to avoid predation. Also, their highly dispersive populations are associated with open sunny habitats, where they visit unspecialised butterfly-pollinated flowers with short corollas and large floral displays (e.g. Lantana). 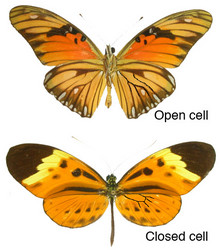