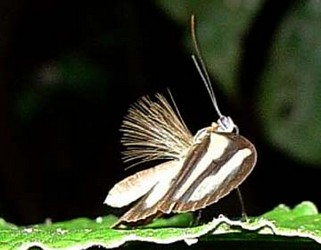 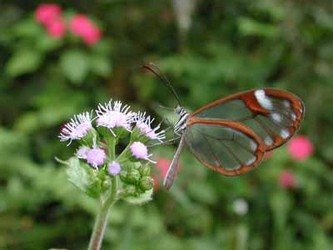 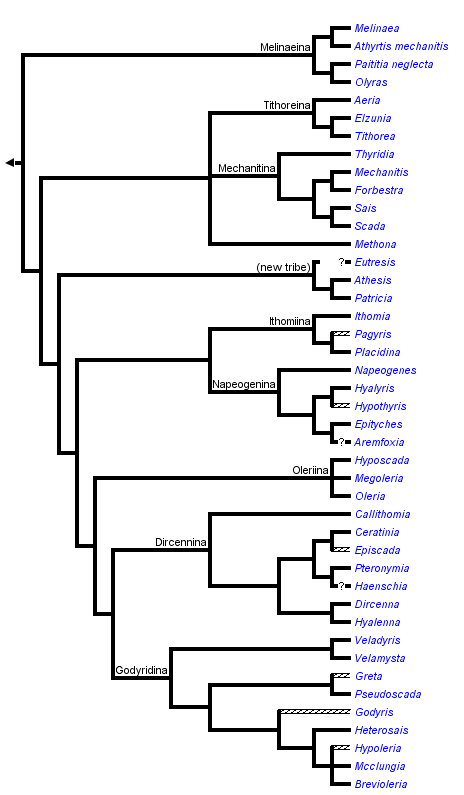 The ithomiine butterflies are a diverse neotropical group of approximately 370 species that show huge diversity of colour pattern and form (Lamas 2004). Most species are involved in Müllerian mimicry with one another and serve as models in mimicry complexes with other Lepidoptera, including the heliconiines and the danaine genus Lycorea.

The chemical ecology of these butterflies is fairly well known. Larvae of relatively basal Tithoreina feed on host plants in the family Apocynaceae, a host plant group shared with the related danaine butterflies. Most species, however feed on the Solanaceae (nightshades), which is a very speciose and chemically diverse plant family. Most ithomiines are thought to be distasteful to predators, but interestingly some species do not sequester chemicals from their larval host plants (Brown 1984a & b). Instead the males collect pyrrolizidine alkaloids from flowers (especially Asteraceae) and rotting leaves (mainly of Boraginaceae). This may be an adaptation to reduce dependence on larval host plant chemicals (Brown, 1987).

The most recent revision of ithomiine sub-tribal and generic nomenclature is in the Checklist of Neotropical Lepidoptera (Lamas 2004), upon which the names in this tree and its subtrees are based. Lamas (2004), as well as Willmott and Freitas (2006) view Ithomiinae as a subfamily. Here, the clade is treated as a tribe, in order to accommodate the well-supported monophyly of (Danaini , Tellervini , Ithomiini) as a subfamily within Nymphalidae. Thus, Lamas' tribal names are listed here as subtribes.

The topology is derived from two recent works: the DNA sequence-based phylogenetic hypothesis of Brower et al. (2006), and the extensive morphological work of Willmott and Freitas (2006). It is based in part upon an unpublished combination of data from both. The phylogenetic affinities of three taxa (Eutresis, Haenschia and Aremfoxia) whose phylogenetic positions were not well resolved in Willmott and Freitas (2006) and were not sampled by Brower et al. (2006) are indicated as uncertain.

Several generic names have been synonymized recently. These include:

The butterflies of Monteverde, Costa Rica
Illustrated checklist of Ithomiinae

Correspondence regarding this page should be directed to Andrew V. Z. Brower at and Chris Jiggins at