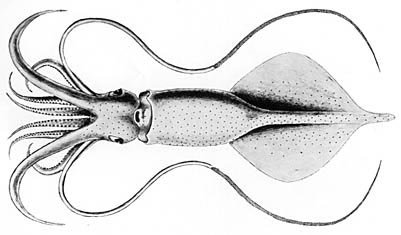 Mastigotragus pyrodes is a very distinctive species and the only species of mastigoteuthid known off Southern California, U.S.A.

Figure at right. Dorsolateral view of a mastigoteuthid, presumably Mt. pyrodes, off Southern California at 631 m depth with tentacles extended apparently feeding on plankton near the ocean floor. See "Behavior" on the Mastigoteuthidae page. Photograph © 2011 MBARI. 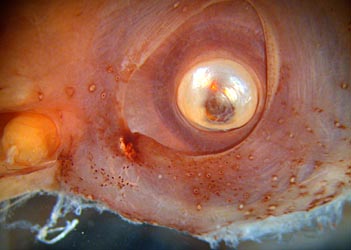 Mt. pyrodes is easily separated from the Pacific integumental-photophore-bearing Mastigoteuthis dentata by, in addition to the above features, the many (vs. two) series of photophores on arms IV, the large size of the club suckers, and the differences in the integument (abundant chromatophores, lack of ringed chromatophores and white spheres). 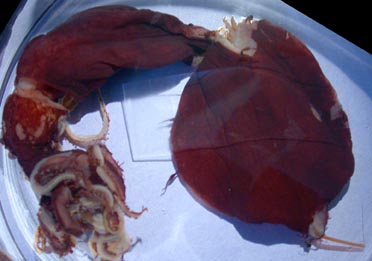 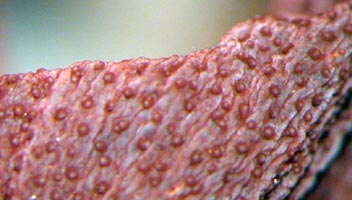 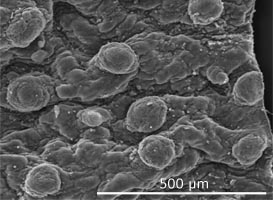 Page: Tree of Life Mastigotragus pyrodes (Young, 1972). Authored by Richard E. Young and Michael Vecchione. The TEXT of this page is licensed under the Creative Commons Attribution-NonCommercial License - Version 3.0. Note that images and other media featured on this page are each governed by their own license, and they may or may not be available for reuse. Click on an image or a media link to access the media data window, which provides the relevant licensing information. For the general terms and conditions of ToL material reuse and redistribution, please see the Tree of Life Copyright Policies.