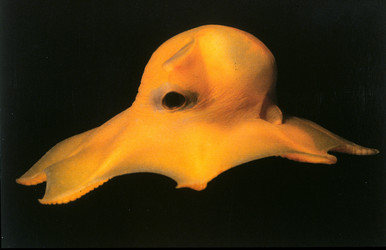 The following 19 nominal species are included in the genus. 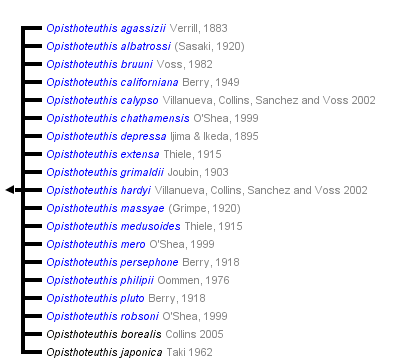 Species of Opisthoteuthis are the most compressed, in the anterior-posterior axis, of any cephalopod. This flattened appearance (due sometimes to preservation) gives them the common name of flapjack or pancake devilfish. Fresh specimens have ovoid form. Species are thought to be primarily benthic although they are capable of swimming and in some species the swimming may be an important component of their pouncing on minute prey. As in other cirrates, most species are poorly known.

Cirroteuthis caudani Joubin, 1896 appears to be a species of Opisthoteuthis [probably O. grimaldii or O. massyae according to Martin Collins, pers. comm., 2002] but the type is apparently lost (Villanueva et al., 2002)