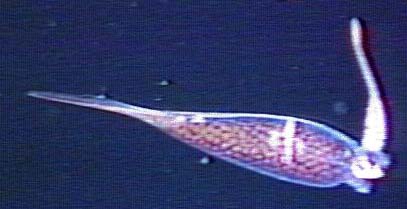 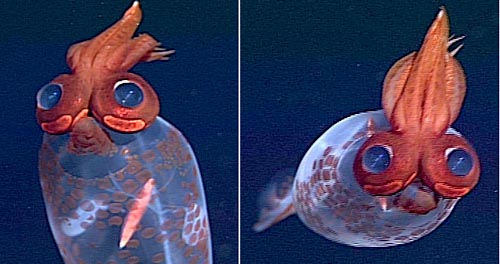 Chun (1906) named Toxeuma belone from the Indian Ocean at 10°08'S, 97°14'E on the basis of a single specimen of 51 mm ML. Lane (1957) pointed out that the generic name Toxeuma was preoccupied and proposed the name Belonella belone. Nesis (1972) maintained a generic separation between Belonella (he placed the pacific forms, B. borealis and B. pacifica as subspecies of B. pacifica) and Taonius based in part to his impression of the different consistency of the tissues (gelatinous in Taonius and leathery in Belonella). The genera were synonymized by Voss (1980). The identity/validity of Chun's species is uncertain and could be synonymous with T. pacificus in which case it would have priority. 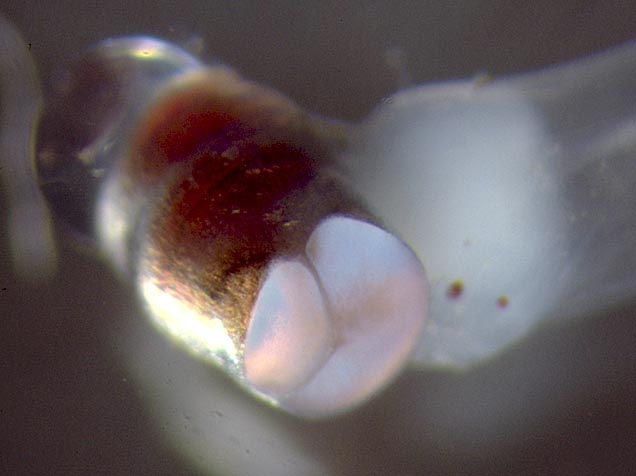 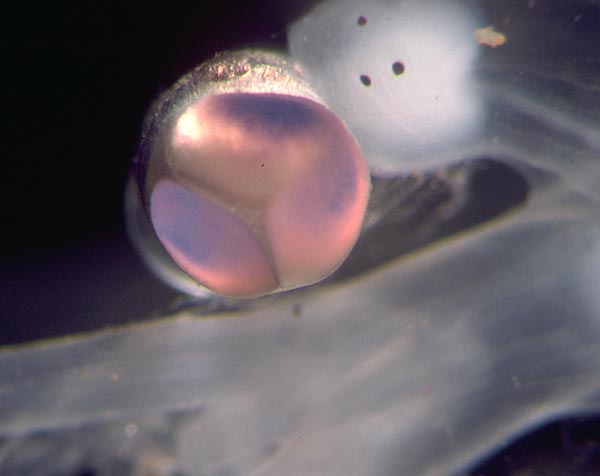 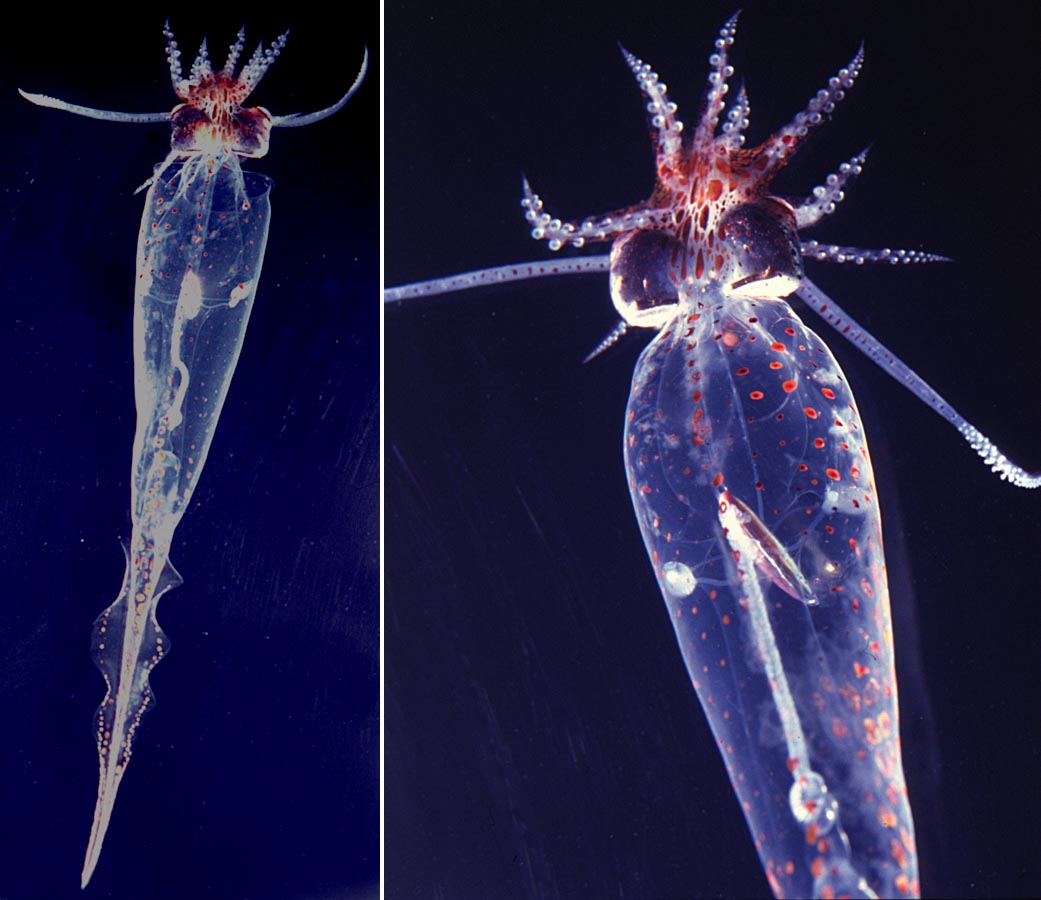 Paralarvae of T. pavo from Hawaiian waters have been identified. they are distinctive among cranchiid paralarvae from these waters in the near lack of chromatophores.

Figure. Paralarvae of T. pavo, Hawaiian waters. The 4.9 mm ML paralarva (left) has no chromatophores. The 14.5 mm ML paralarva (right) from Hawaii has one chromatophore on the dorsal and one on the ventral surface of the head and a few chromatophores on the aboral surface of each tentacular club and one at the base of each tentacle. Also note the small size of the tentacular club and the shape of the fins. The dotted circle in the smaller paralarva indicates the position of the digestive gland. The scale bars are 1 mm. Drawings by R. Young.