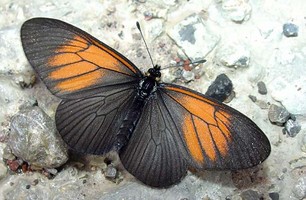 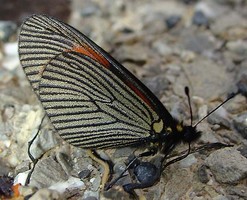 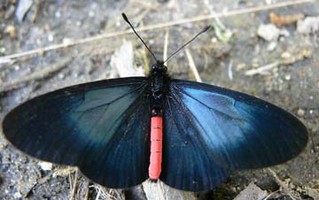 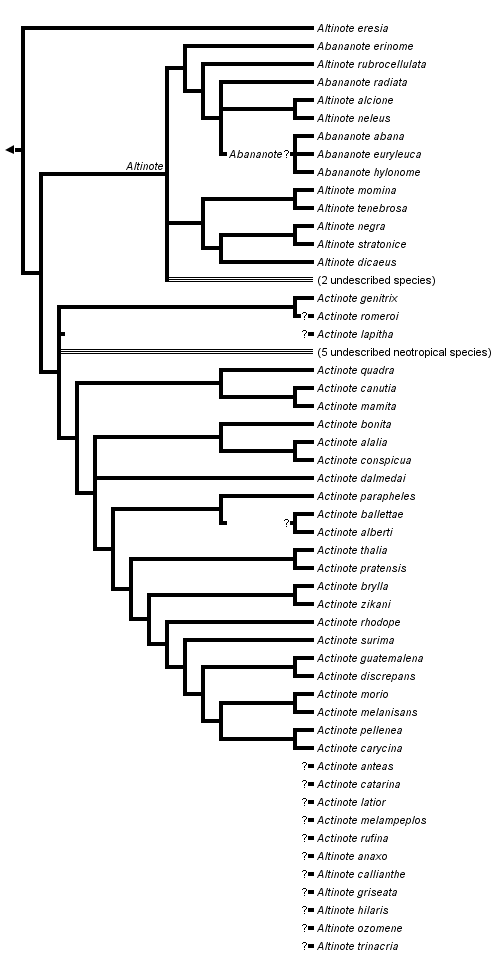 Phylogenetic relationships as implied by the cladogram of Silva-Brandão et al. (2008), based on DNA sequences. The taxa with question marks were not included in their analysis, and so are listed as incertae sedis. Three recently described species, Actinote ballettae, Actinote romeroi and Actinote alberti, are in their putative positions as implied by the descriptions in Neild (2008).

Other Names for neotropical Actinote clade

Page: Tree of Life neotropical Actinote clade. Authored by Andrew V. Z. Brower. The TEXT of this page is licensed under the Creative Commons Attribution License - Version 3.0. Note that images and other media featured on this page are each governed by their own license, and they may or may not be available for reuse. Click on an image or a media link to access the media data window, which provides the relevant licensing information. For the general terms and conditions of ToL material reuse and redistribution, please see the Tree of Life Copyright Policies.