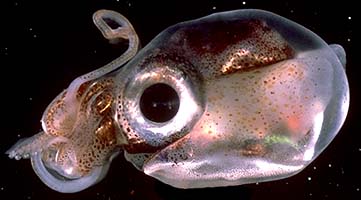 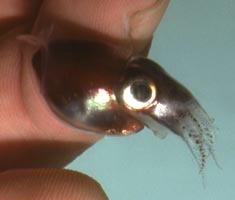 Heteroteuthins are small pelagic or benthopelagic sepiolids. They are easily recognized by their silvery sides and colorful ventral shield. The latter structure appears to be involved in directing and, perhaps, diffusing the light from their large visceral photophore.

The ventral shield on the mantle is thought to diffuse the light from the visceral photophore over the region of the shield and thereby aid in counterillumination (eliminate the shadow of the animal created by dim downwelling light).