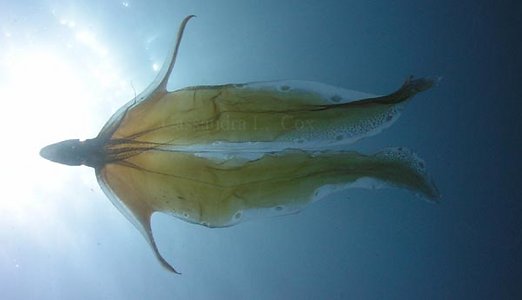 Large ocelli can be displayed on the dorsal web. This web and the slender tip of the arms can, apparently, be autotomized along visible "fracture" lines. The automized arms and membranes presumably wiggle to distract a predator while the octopod swims away.

Additional photographs of a free-swimming T. violaceus can be seen here. 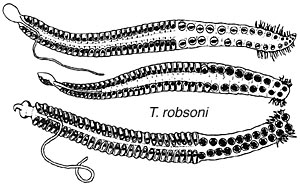