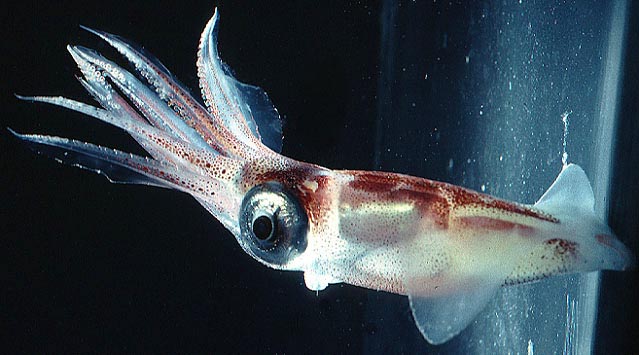 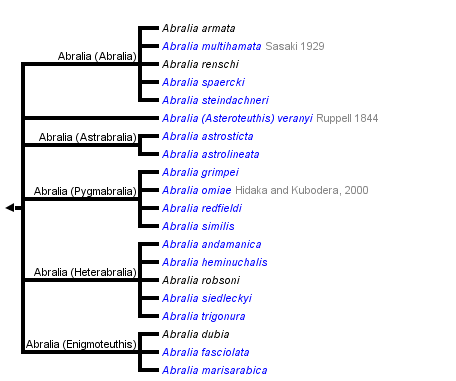 Species of Abralia are small squid some of which are associated with shallow bottoms on steep slopes and as such are members of the mesopelagic-boundary fauna. 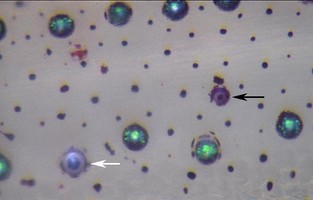 The structure of a complex photophore can be seen here.

Species of Abralia are generally placed into six subgenera but these may not all be natural groups. The following table (modified from Tsuchiya and Okutani, 1988) shows the primary taxonomic features of each group.

Page: Tree of Life Abralia Gray 1849. Authored by Richard E. Young and Kotaro Tsuchiya. The TEXT of this page is licensed under the Creative Commons Attribution-NonCommercial License - Version 3.0. Note that images and other media featured on this page are each governed by their own license, and they may or may not be available for reuse. Click on an image or a media link to access the media data window, which provides the relevant licensing information. For the general terms and conditions of ToL material reuse and redistribution, please see the Tree of Life Copyright Policies.