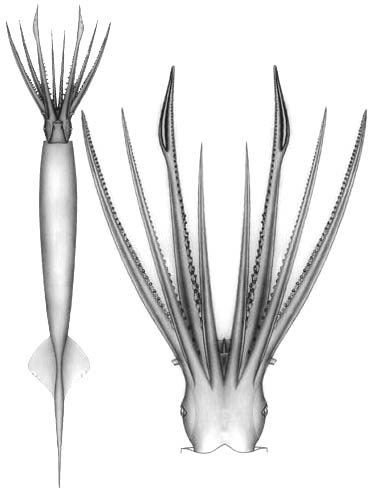 Batoteuthis scolops is found only in Antarctic waters and little is known of its biology. It has a small head, a long tail and a very peculiar tentacle with six series of suckers on the club. It reaches a size of at least 35 cm ML.

The smallest known individual is 30 mm ML and the largest, 350 mm ML. Within this range a few growth stages have been described. Paralarval and mature individuals are unknown.