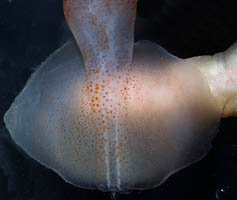 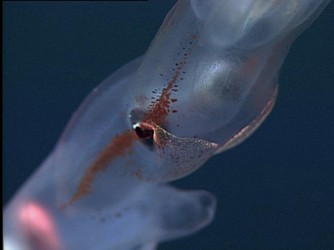 Figure. Insitu ventrolateral view of the head of G. bonplandi showing the characteristic chromatophore strip along the side of the head and a previously unrecognized iridescent patches on the ventral side of the head. Photograph © 2011 MBARI. 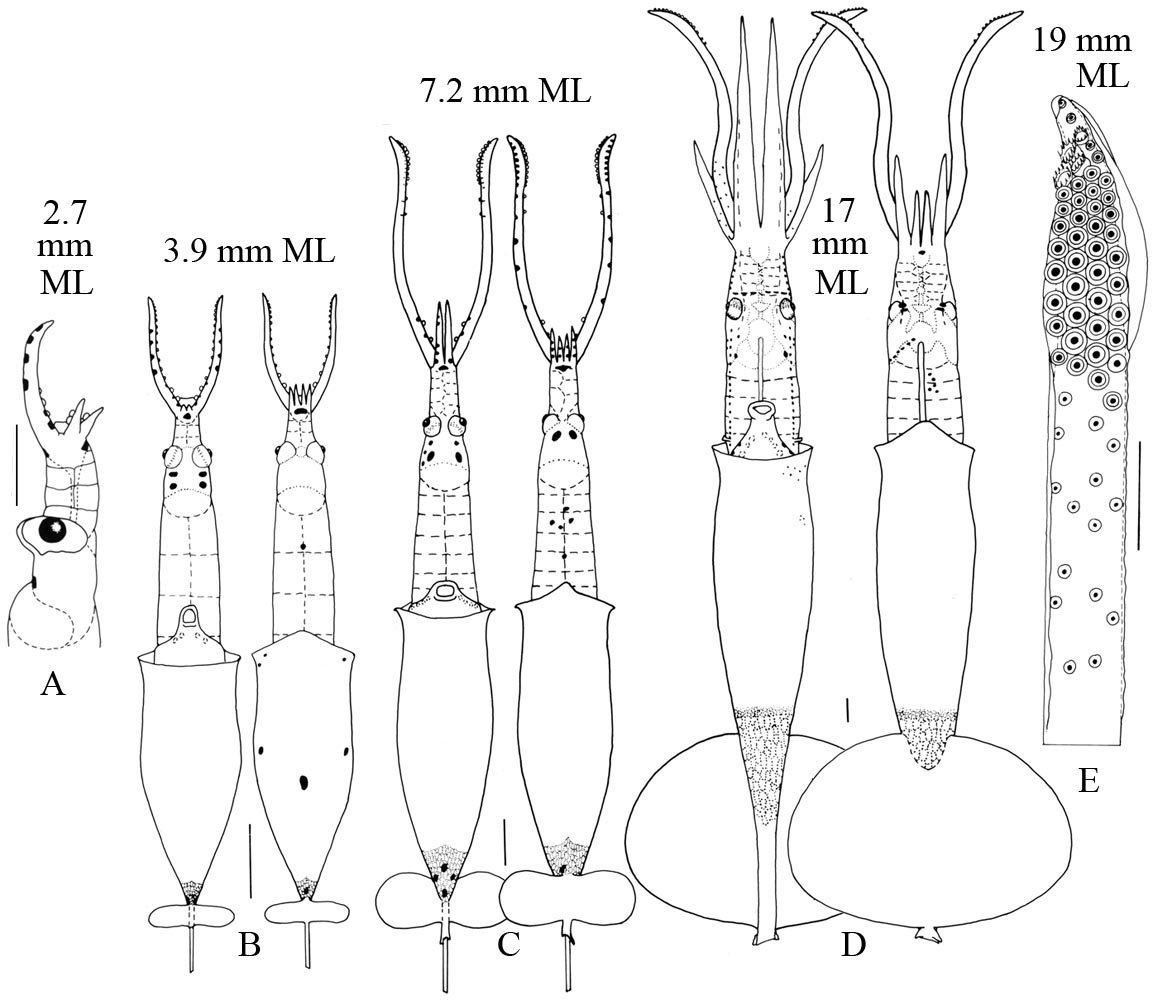 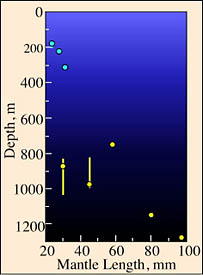