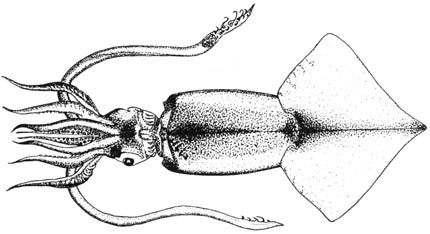 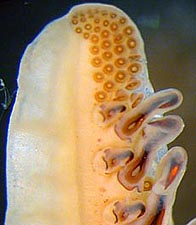 Figure. Oral view of the tip of the tentacular club of N. africanae, 40 mm ML. Photograph by R. Young.

According to Nesis et al. (1998), they erected this genus for squid that had previously been identified as a "Notalian form" of Onychoteuthis banksii or as Onykia (?) verrilli (Pfeffer).

Correspondence regarding this page should be directed to K.S. Bolstad at , Richard E. Young at , Michael Vecchione at , and Kotaro Tsuchiya at