This subfamily, as currently recognized, contains only the genus Illex. These are commercially important species found in neritic waters of the North and South Atlantic (Roper et al., 1998). The number of species in the North Atlantic has been controversial, with the validity of I. oxygonius repeatedly questioned. Carlini et al. (2006) used molecular methods to confirm that three species are present in the North Atlantic, although morphological identification of specimens other than mature males can be quite difficult. 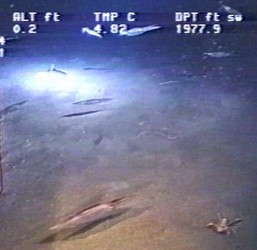 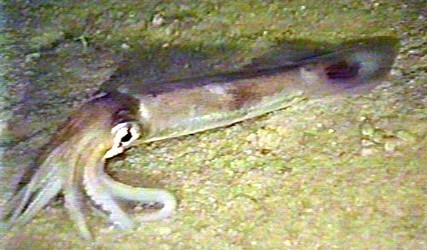 Found only in the Atlantic Ocean. Western Atlantic Ocean from Equator to Iceland and from southern Brazil to Patagonia, and eastern Atlantic from 20°S to 60°N, including Mediterranean Sea. These species are generally confined to continental shelf and slope areas, or nearby oceanic waters, perhaps because of their habit of sitting on the bottom at depths of up to 1000 m.

Other Names for Illex Steenstrup 1880

Page: Tree of Life Illicinae Posselt 1891. Illex Steenstrup 1880. Authored by Michael Vecchione and Richard E. Young. The TEXT of this page is licensed under the Creative Commons Attribution-NonCommercial License - Version 3.0. Note that images and other media featured on this page are each governed by their own license, and they may or may not be available for reuse. Click on an image or a media link to access the media data window, which provides the relevant licensing information. For the general terms and conditions of ToL material reuse and redistribution, please see the Tree of Life Copyright Policies.