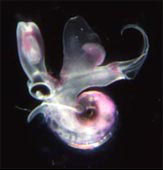 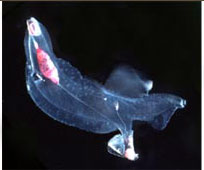 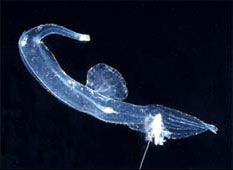 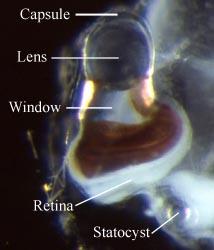 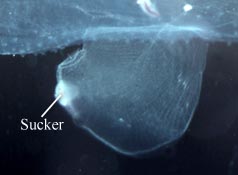 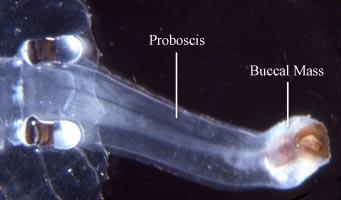 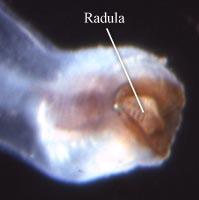 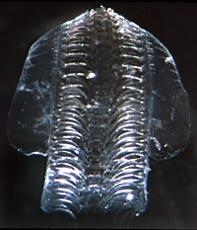 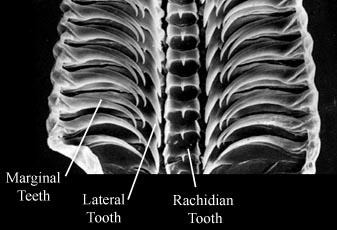 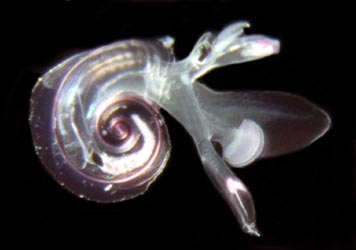 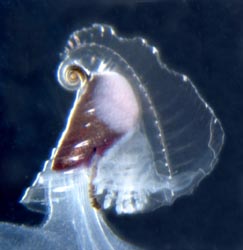 Figure. Left - Side view of Atlanta peroni with transparent shell, Hawaiian waters. Keel surrounds the outermost shell whorl. Right - Side view of transparent shell of Carinaria galea, Hawaiian waters. Large, flaring keel extends to the right in the photograph. Shell surrounds visceral mass and gills, all of which is attached to the body by a thick stalk. Photographs copyright © 2005 R. Seapy. 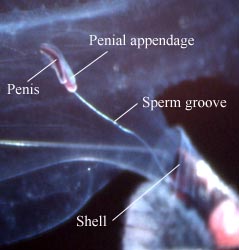 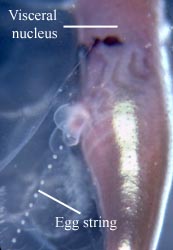 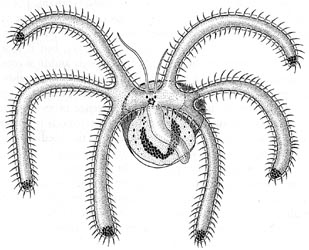 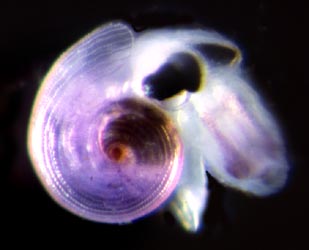