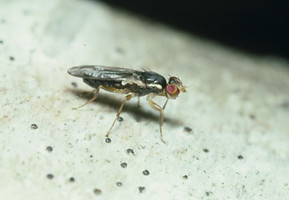 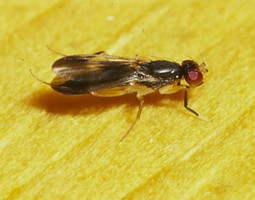 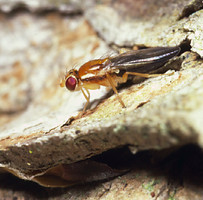 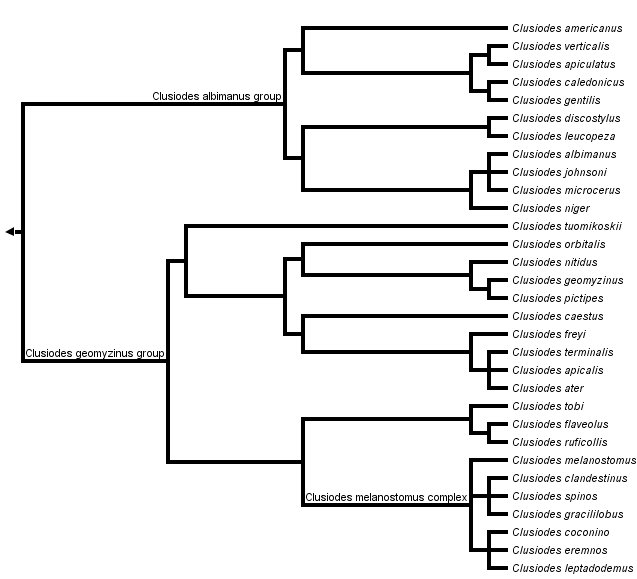 Caloren & Marshall (1998) described the behaviour, biology and faunistics of the New World Clusiodes, and Rohácek (1995) described that for species in the Czech and Slovak Republics.

Adults of both genera are found predominantly on hardwood, but several Clusiodes species have been collected off of softwood trees such as pine, hemlock and fir (Caloren & Marshall, 1998;Rohácek, 1995; Withers, 1985). North American Clusiodes have also been found in association with rotting fungus (Caloren & Marshall, 1998). We have also found small dung baits, particularly those placed on fallen wood that is bare and exposed, to attract adults of Clusiodes and Hendelia in the New World. Sasakawa (1998) notes that Clusiodes and Sobarocephala have been collected with Malaise traps or fruit fly traps baited with putrid pork.

Fallen trunks are usually the most reliable microhabitat at which to collect adult Hendelia and Clusiodes, since they are often used as lekking sites. Rohácek (1995) noted that pale, conspicuous trunks (generally fallen trunks without bark) were selected by males of several Clusiodes species to attract females. Rohácek (1995) also observed numerous teneral specimens of C. ruficollis emerging from a moist, rotten beech trunk; these newly emerged adults were seen to search for new logs to use them as mating places; males patrolled these logs defending territory, but females visited the mating sites only briefly to copulate, then searched for similar, but more rotten logs to oviposit in. North American Clusiodes have been noted to prefer treefalls (both new and old) in sunspots, where males perform wing-flicking displays (alone or with conspecifics) and 'ambush-style attacks', in addition to the territorial patrolling and head-to-head confrontations previously noted in European species (Caloren & Marshall, 1998).

The north temperate Clusiodes, like its tropical and south temperate sister-genus Hendelia, can be characterized by reduced anterior and posterior fronto-orbitals, interfrontal bristles, well developed median genal bristles, swollen spermathecal ducts, a large subapical disc on the ventral receptacle, a longitudinal desclerotization on the female seventh sternite, a crested fin-like phallapodeme, a distiphallus that is rod-like basally with a membranous distal section, and an elongate pregonite that is perpendicular to the long axis of the hypandrium (Lonsdale & Marshall, in manuscript). 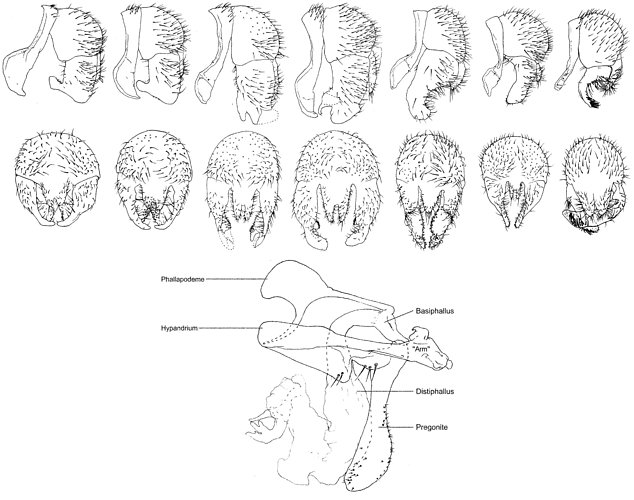 Clusiodes can be separated from Hendelia by having a pubescent arista, evenly spaced fronto-orbitals, one pair of lateral white stripes on the scutum, and large parallel surstyli that sometimes have an anterodistal process (Lonsdale & Marshall, in manuscript). Clusiodes species are sometimes black in colouration, but a number of species have a yellow vittate scutum. Most Clusiodes, particularly the smaller ones, are generally matt, setulose and rounder in appearance than other Clusiidae. Species of Clusiodes also have shorter legs (usually thin and cylindrical) and heads that are generally rounded with a broadly curved frons, narrow face and blunt features. 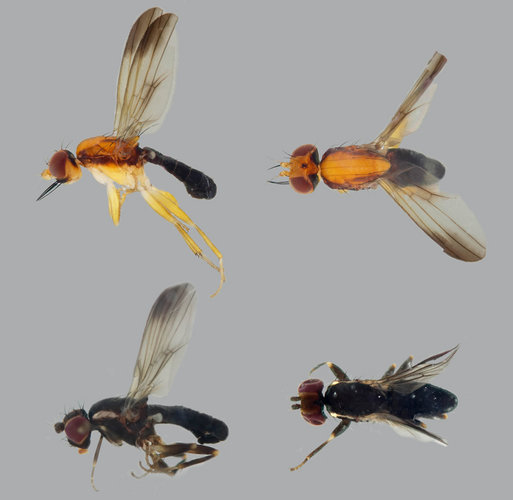 Hendelia and Clusiodes are sister genera, supported by the synapomorphies listed above. They form a clade with Heteromeringia and Tranomeringia in the Clusiodinae based on telescoped and darkly pigmented spermathecae.

Clusiodes and Hendelia show a clear north/south division, with Clusiodes almost entirely north temperate and Hendelia almost entirely tropical and south temperate in distribution.  Most Clusiodes clades include widely separated sister species that often occur on separate continents; this diverse aggregate of Nearctic and Palaearctic species support the theory that trans-oceanic speciation events have been frequent in the genus (Caloren & Marshall, 1998).

Clusiodes can be divided into two well-supported Holarctic clades, the C. albimanus and C. geomyzinus species groups, which largely overlap each other's distributions.  The C. albimanus group is most obviously characterized by bicoloured fore tarsi, and the C. geomyzinus group is characterized by two well-developed dorsocentral bristles, a large bulging gena, short hypandrial bristles on a swollen basal lobe and a transverse sclerotized ridge on the female sixth tergite. A revision of the New World Clusiodes has been published by Caloren & Marshall (1998), and a World revision focusing on Old World species is currently being prepared (Lonsdale & Marshall, in manuscript).